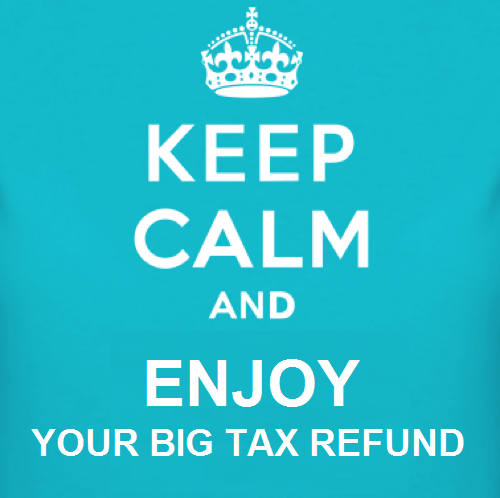 This week the IRS will begin processing income taxes many of which will result in a refund. As reported by the IRS, last year the agency processed nearly 50 million individual income tax returns and 83% of them resulted in a refund. This year should not be a whole lot different so with billions of dollars (yes, billions; in fact almost 125) coming back to the American taxpayers I would argue this is one of the best uses of this money.

Timing of the refund couldn’t be better. We just finished the holiday season, major spending event for many households. With that in mind, one has to consider current level of credit card debt and its interest. American households that didn’t pay the full amount of credit card balance owed on average just over $16,000 ($16,048 in Q1 of 2016 per ValuePenguin and $16,060 in Q3 of 2016 per nerdwallet). Households carry other types of debt – student loans, mortgage, car loans – but the credit card debt has the highest interest rate of them all. If we compare interest of less than 1% bank pay on our deposits versus 18% on outstanding credit card debt, it should be clear this is the most pressing debt to eliminate, assuming one makes timely payments on other types of loans.

What is the average tax refund?

The IRS reported that the average refund was $3,120. In fact it has been over $3,000 for the last few years. This amount alone doesn’t solve the credit card debt problem just mentioned, but it makes it more manageable. Just how much more manageable? There are two ways to look at it:

Many people continue using credit card debt as a solution to bridge a gap between income and expenses in the short term. Unfortunately this often becomes a more permanent solution leading to higher indebtedness. If you cannot afford to actively work to eliminate your credit card debt, you should at least be aware of its very high cost and importance of having a plan to eradicate it.