It’s already been one year since the new tax law known as the Tax Cuts and Jobs Act went into effect. Here it a quick review of the important changes that impact the overall tax liability.

Tax Brackets – The Federal brackets are changing. There has been a change to the tax brackets as well as thresholds for different filing categories. Scroll to the end for details.

Standard deduction – In a nutshell, this amount has almost doubled. It has made taking a standard deduction more appealing as there may arguably by fewer cases where itemizing will yield better results.

State and Local Income Tax (SALT) deductions – This is one of the biggest changes the tax law introduced. It caps those deductions at $10,000 (with no limits prior to that) and it’s expected to impact millions of taxpayers.
If for example, you made $175,000 and live in a state with 8% income tax, that would be $14,000 in state taxes that were previously deductible entirely. Right now, that person would lose out on $4,000 of that income not being deductible.

This $10,000 limit also includes property taxes. Property taxes vary from state to state and from county to county ranging anywhere from 0.3% to 2.5% In many cases the states with low personal income tax rates have high property tax rates and vice versa. It will become harder for many people to come under $10,000 threshold and deduct all that was paid in taxes.

Education credits – Some of those credits went away including: seminars, memberships, and classes. Some are still available and include:

Alternative Minimum Tax (AMT) is retained, but there are higher exemptions to counter that tax.

Charitable deductions – Previously up to 50% of Adjusted Gross Income (AGI) could go to charities. That has increased to 60% of AGI. 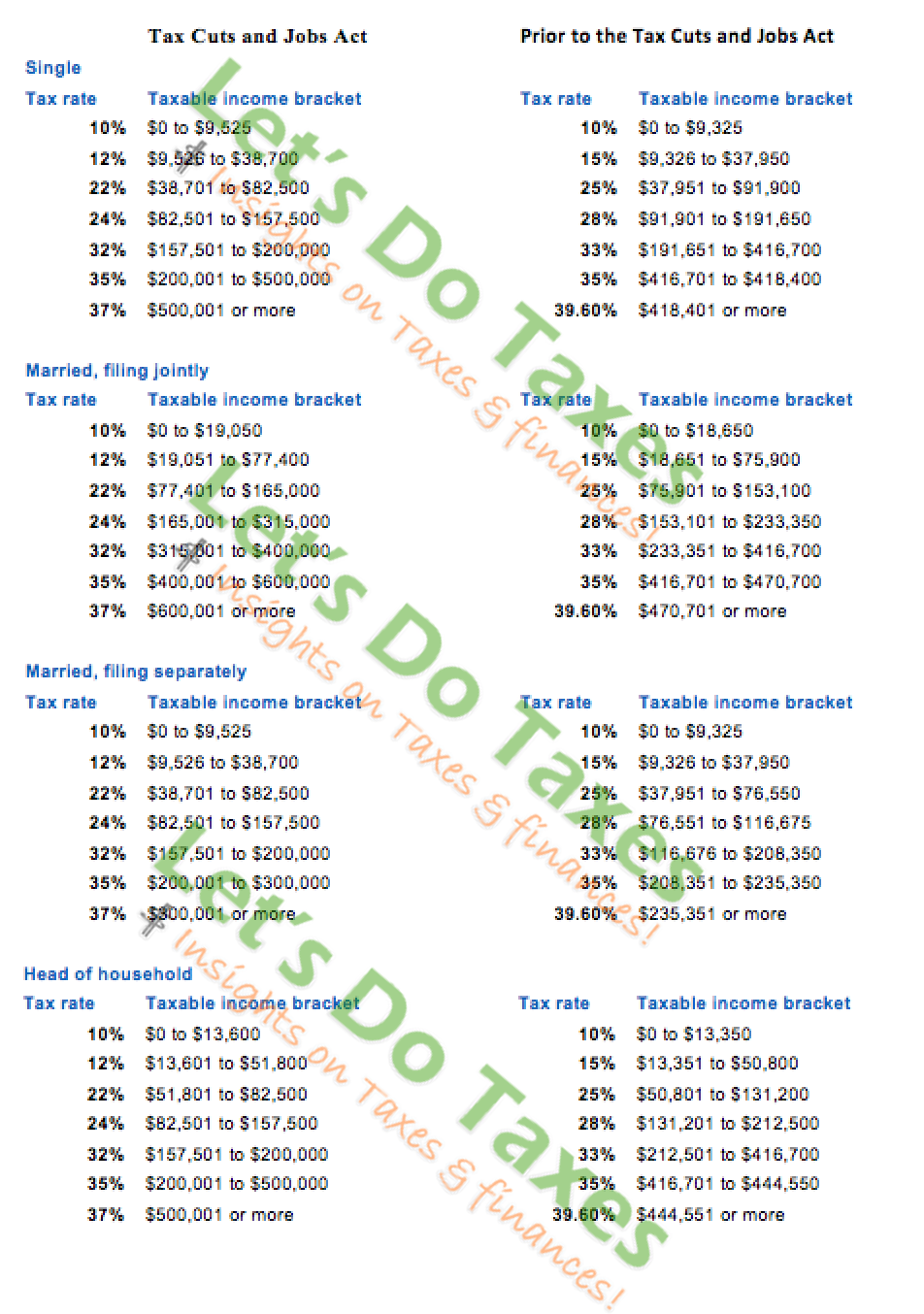