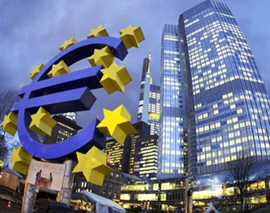 Summertime is in full bloom and for many that means an exciting trip across the Atlantic for us this year. While visiting Europe (especially for the first time) it’s almost impossible to pass up France, Spain, Italy, or Greece. Enamored with those cultures through reading or television, it gets even better once you land there. Great weather, food, and relaxed people make that experience unforgettable. But what is so special about it and why can’t we develop that omnipresent feeling of la dolce vita here in America? I expect you were hoping for a surprising answer. It’s taxes.

While discussing taxes in America some opinions repeat quite often. Among them are the fact that they are complicated and extensive, too high, or unfair. Whatever your take on this issue may be, no one wants to contribute more than necessary. In the coming months we will undoubtedly hear about a possibility of higher taxes, new taxes imposed as municipalities are running out of funds, the fiscal cliff, and the upcoming presidential election will make those issues quite obvious.

Taxes across Europe are much higher than in America and the residents of the previously mentioned countries contribute quite a lot to the government coffers. A combination of personal income tax and VAT (type of a sales tax) can add up to much more than 50%. In fact, there are almost 10 European nations where personal income tax alone is 50% or over. With VAT topping 20%, the cost of living for the Scandinavians is north of 70%. Just think about it for a moment. If you’re employed in Europe with this level of taxes, half of your salary is taken away. Your $40 per hour job just became $20 or less and suddenly you don’t feel so great about your purchasing power. Because of that, many Europeans decided that spending additional hour at work is just not worth it. Instead, the value of leisure became greater and they opted to enjoy life at the most basic level: family, friends, good food, and music.

Somewhat erroneously, the Europeans are considered lazy because they don’t work two or three jobs. We are envious of that lifestyle but keep in mind that it wasn’t always like that. Back in the 1970’s, the Europeans averaged about the same number of hours worked per week as the Americans. Then, slowly and steadily taxes were increased until additional unit of currency earned felt like too much was given up to get it. That’s when la dolce vita really started to develop and exists until today. (For the same reason the Japanese are considered workaholics, their taxes are much smaller than in the U.S. making it no brainer to work as much as possible)

As much as I enjoyed the ambiance of Europe, I don’t really think I would like to pay more in taxes. I don’t know if higher marginal tax rates is the only way to achieve that more laid back life style, but I’m sure most would be against this type of experiment here in America. Let’s hope the status quo will be maintained after the presidential elections, we can happily get back to work 50 hours per week and ideally save enough to spend a summer in Greece, or Italy, or Spain. And then the life can be so sweet again, we can find our la dolce vita elsewhere.