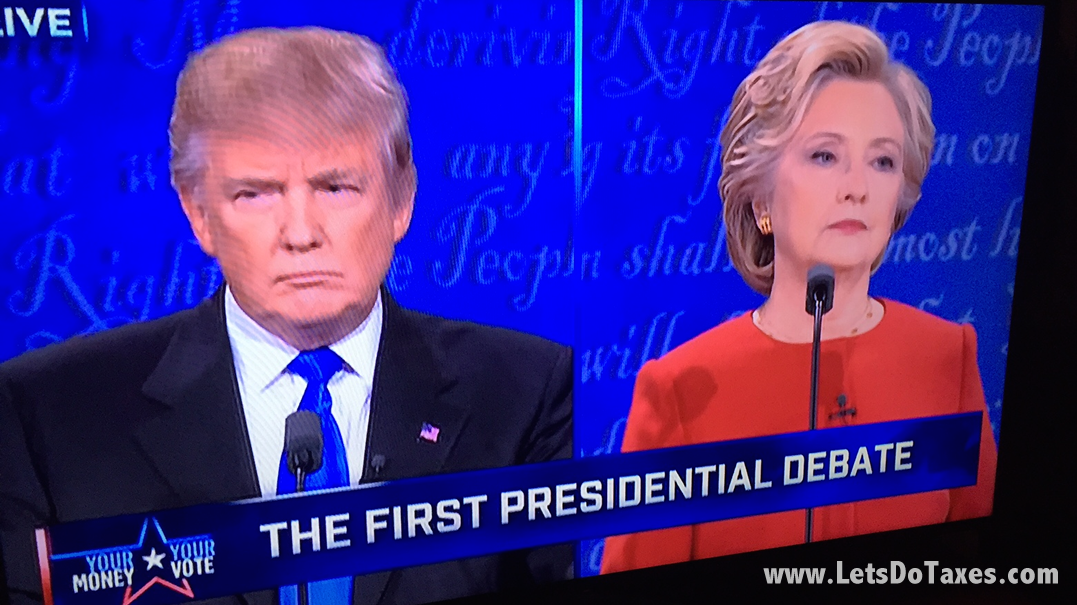 With the upcoming presidential elections we will not only express our opinions on the political future of our country but the economic one as well. All aspects of presidency can affect our finances, but the one that can be felt directly is taxes.

I would like to review differences and similarities, if there are any, between Hilary Clinton and Donald Trump’s proposed tax plans. Bear in mind that not all details are crystal clear and after all they are only the proposals. Time will tell whether or not the winning candidate is successful in implementing the proposed changes.

Taxing of ordinary personal income differs quite a lot between the two candidates. Clinton intends to keep the same tax system with only slight changes by adding one layer that would affect individuals with the greatest earning power. It would elevate the last bracket to 43.6% for income over $5 million dollars. Trump plan would reduce number of brackets to 3 and reduce the rates. He is proposing: 12% for income up to $75,000, 25% for $75,000 to $225,000, and 33% for income above $225,000. The proposed tax restructuring would affect taxpayers across the board. For the current tax brackets, click here.

Both candidates also differ on issues such as Alternative Minimum Tax (AMT) or Itemized Deductions. Clinton wants to keep AMT and even add The Buffet Rule. The rule is designed to prevent wealthy to skip paying taxes and ensures that top earners pay no less than 30%. Trump on the other hand favors repealing AMT. With regards to Deductions, Trump wants to phase them out and cap them at $200,000 and $100,000 for Married Filing Jointly and Single, respectively. He is also proposing an increase to the standard deduction for joint filers from $12,600 to $30,000, $15,000 for single filers, and eliminating Head-of-Household filing status. Clinton is proposing to cap the deductions at 28%, except for charitable donations.

There are few other issues that may affect our finances:

Both candidates differ quite a lot not only on the political agenda but also on tax proposals. In about 5 weeks we should know what to expect in the upcoming tax seasons and how it may affect our finances in the future.